Also referred as just sludge, Sludge Metal is amongst the many subgenres of heavy metal music that merges the elements from genres like hardcore punk and doom metal, plus southern rock sometimes. This kind of music is usually abrasive and harsh in type and often features screamed and shouted vocals along with extremely distorted and sharply contrasting instruments and tempos respectively. Though the genre was anticipated by Melvins from the Washington, most of the earliest pioneers it had were from New Orleans’ city. 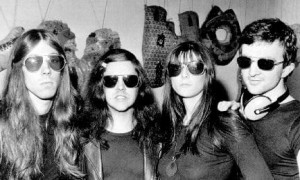 This kind of metal music combines a blend of slow tempos with a touch of heavy rhythms along with a dark and pessimistic ambience of the doom metal. Aggression, occasionally fast tempos, shouted vocals, of the hard core punks also follow. It is also known as shorthand term for a type of rock music that is descending from the early time Black Sabbath and the late Black Flag which makes sludge, as it is dense and slow. Mostly a sludge band would compose slow paced songs which contain brief passages of hardcore.

What’s unusual about sludge metal music genre is that unlike most of the subgenres it doesn’t include guitar solos. However, drumming is performed often in the usual fashion of doom metal. Drummers would use the hardcore D-beat or during the faster passage they would do the double kick drumming. Vocals that are included are usually the screaming or shouting types with lyrics that are in nature quite pessimistic. In fact, some of the common themes for sludge metal song lyrics include anger for society, suffering of any kind, politics, drug abuse, etc.

Origin of the Sludge Metal Band

Most of these bands come from Southern part of the United States and incorporate the Southern Rock influences. Not every sludge band shares the same style always, but just a few of them that do. During the beginning of year 1990s, a number of musical bands from the Louisiana got influenced and also developed the sludge metal style. Eyehategod which was a band that formed in 1988 and many other like it that followed pioneered this everlasting movement. Later the sludge metal genre started to spread largely through the southern part and the eastern part of the United States of America.

The earlier groups of sludge metal genre even borrowed from SPK industrial music, along with the Swans, Throbbing Gristle, and Chrome. The starting of the Sludge metal songs can be traced back to the slow punk of Swans, Flipper and Black Flag.

Probably the biggest influences were the Washington hailing band, Melvins. Earliest releases of their including Gluey Porch Treatments and Six Songs, are regarded as the first ever released sludge records. During this period the band also was a significant member of the grunge scene of Washington.

Not as popular as other subgenres of metal music, sludge metal still managed to make its name in the music industry and served as one of the most influential and controversial too music genres of all time. There were a number of bands that followed the first ever sludge bands like the Melvins.

Bands of the Sludge Metal 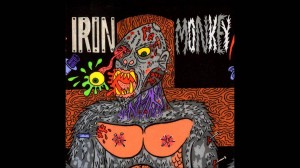 Superjoint Ritual, Electric Wizard, Bongzilla, Crowbar, Eyehategod, Melvins, Harvey Milk, Buzzoven, Iron Monkey, Corrosion of Conformity, were amongst some of the purely sludge metal song influenced bands that existed during the 1980s era. While some others followed but as sludge metal being the fusion in their music like Kingdom of Sorrow, Cancer Bats, Ken Mode, Black Label Society, Helms Alee, Mastodon, Mistress, Alice in Chains, Whores, Red Fang, Will Haven, Isis, Lair of the Minotaur, Part Chimp, Soilent Green, etc.

This entry was posted on Monday, May 9th, 2016 at 11:55 am and is filed under Blog. You can follow any responses to this entry through the RSS 2.0 feed. You can leave a response, or trackback from your own site.