Rock is a contemporary musical genre that originated as “rock and roll” in the United States. It includes elements of each one of the various musical types of the rock and roll. Among other many instruments that occasionally are added, it’s usually interpreted with the guitar, drums, and bass. The synthesizers, the piano, or the organ are used in many styles of rock music. This was a time when guys wore T-shirts and Levi’s. You could often see a pack of cigarettes rolled up in one of their sleeves. Another distinctive feature was the black leather jacket and of course, the most popular back then hair style – the duck’s rear end. As for the girls, you could often see them wearing a mid-thigh skirt, some charming jewelry, and as for the hair – pulled up into a high ponytail. 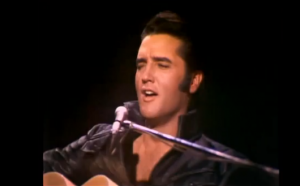 The history of rock music began in second part of 20th century. In the 1940s and early 1950s, the music was very popular among young white people. But many white parents got worried that their children were listening to some African-American blues and jazz artists. The first one to use the term “rock and roll”, in order to describe a musical revolution was a radio DJ from Cleveland, Ohio – Alan Freed in 1951. He was living in a time when it was not very clever to play black music, when you’re white. There are still argues between musical experts about which is the first “rock and roll” song. “Rock Around the Clock”, however, is considered to be the number one hit. It was recorded by the Comets and Bill Haley in 1954. In 1950, in Memphis, Tennessee, Sam Philips opened the most famous recording studio – Sun Records. He was also the person who discovered “the king of rock and roll” – Elvis Presley. He went to Sun Records, in order to record a song for his mother. Elvis definitely earned the title “the king of rock and roll”, with ten number one albums, many top twenty singles, seventeen number one songs and much more.

At the end of the 60’s, the rock music was mixed with the jazz, blues and folk music, in order to create the jazz-rock, blues rock fusion and the folk rock. The period between the early to the mid 1960s was given the name – “The British invasion”. England saw the rise of its own rock and roll scene with bands like The Rolling Stones, The Kinks, and The Animals in the late 1950s and the early 1960s. The Beatles were the most influential and the biggest from all of the above, in that time period. They made a record by attracting 73 million viewers on the Ed Sullivan Show. By the end of the 1960s, the experimental music of psychedelic rock was starting to blow over. In the 70’s the rock intermingled influences of Latin music, soul, and funk. And also in the 70’s, the rock developed a few subgenres, as the heavy rock, the soft rock, the progressive rock, the punk, the hard rock, and the funk music. Funk music started in the late 60s and became hugely popular in the mid 70s. This music focuses on a strong rhythmic beat provided by the drums and bass. Progressive rock was a movement that embraced the experimental elements of psychedelic. The subgenres of rock of the 1980’s include the alternative rock, the glam metal, and the thrash metal. Although 70s punk was an influential movement in rock history, it wasn’t very commercially successful. Van Halen was the one to create the glam metal. Most of the glam metal bands sang about drugs, partying, alcohol and sex. Meanwhile, the bands Anthrax, Metallica, Slayer and others, created trash metal, the lyrics of which dealt with anger, death and social issues. The subgenres of rock of the 90’s include the rock grunge, the alternative rock, the nu metal, the indie rock, and the Britpop.

This entry was posted on Thursday, January 14th, 2016 at 11:04 am and is filed under Blog. You can follow any responses to this entry through the RSS 2.0 feed. You can leave a response, or trackback from your own site.