The origin and development of Glam metal took place in late 1970s and early 80s in United States. Pioneering Glam metal bands include Hanoi Rocks, Kix, Quiet Riot, Bon Jovi and Mötley Crüe. Growing popularity of the metal genre throughout 1980s to early 1990s gave rise to Glam bands like Cinderella, Poison and Warrant. The period from 1992 to 1996 was not good for the music genre, as it rapidly lost mainstream popularity during the period. With the beginning of new millennium, the music genre observed a revival phase and retro styled new bands including ‘Steel Panther’ and ‘The Darkness’ refreshed the memories of 1980s Glam metal. 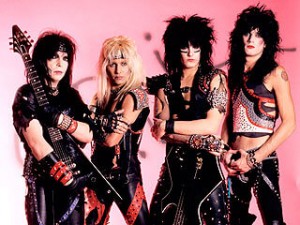 1. Motley Crue: Drummer Tommy Lee and bass guitarist Nikki Sixx founded Mötley Crüe in 1981. The Glam Metal band based in Los Angeles, California was one of the most hedonistic band that symbolizes entire culture of 80s glam metal music. Throughout many years, Motley Crue had been the best seller of music albums. The band has won many awards including awards mentioned below. 2. Guns N’Roses: The Los Angeles based American hard rock band was founded in 1985. At one point in time, it was considered as world’s most dangerous Rock band. Lead singer Axl Rose had awesome chemistry with guitarist Slash. Its debut album ‘Appetite for Destruction’ (1987) grabbed No. 1 position on the Billboard 200 and ‘Sweet Child o’ Mine’ was only single to achieve first position on the Billboard Hot 100. The Glam metal band has won American Music Awards for Favorite Heavy Metal/Hard Rock Artist in 1990 and 1992. It also bagged MTV (Best new artist in a video award) for its album ‘Welcome to the Jungle’ in 1988 and MTV Best metal video award for ‘Sweet Child O’ Mine’ in 1989. In 1992, it received MTV Best Cinematography award for ‘November Rain’.
3. Skid Row: The rock band based in Toms River, New Jersey was founded in 1986. Their first two albums including Skid Row (1989) and Slave to the Grind (1991) earned multi-platinum certificates and left long lasting impressions on Glam music. Band members: Sebastian Bach (vocals), Rob Affuso (drums), Rachel Bolan (bass), Scotti Hill (guitar) and Dave Sabo (guitar) were part of the band’s great success. Its album ‘Skid Row’ won American Music Award for Favorite Heavy Metal/Hard Rock New Artist.
4. RATT: RATT founded in 1976 by Mickey Ratt in Los Angeles achieved huge commercial success during 1980s with many of its albums earning gold, platinum and multi-platinum certificates 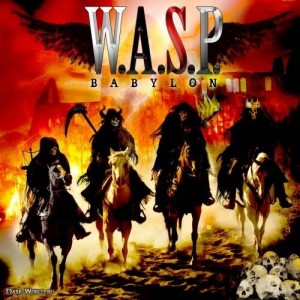 Happy to announce that the list of Glam metal bands is not complete!

This entry was posted on Thursday, May 5th, 2016 at 7:10 am and is filed under Blog. You can follow any responses to this entry through the RSS 2.0 feed. You can leave a response, or trackback from your own site.