In USA, Heavy metal is more than a music genre, it is a way to live life or a life style. US played a pivotal role in origin and development of Heavy metal music. American metal bands ‘The Velvet Underground’ and ‘Blue Cheer’ offered important contribution in development of Heavy metal music from Psychedelic rock and Blues rock music during 1960s. In early 70s, heavy metal gave rise to Glam rock music and musicians like David Bowie earned fame for Glam rock music themes and costumes. Soon, American metal bands like Chicago and Styx kissed the limelight for Metal inspired music genres including Arena rock and Progressive rock.

Like Britain, a movement for revival of heavy metal music also started in America during early 90s and took over the whole American island. The movement known as New Wave of American Heavy Metal (NWOAHM) was on its peak during early to mid 2000s. Popular American metal bands including Biohazard, Pantera, Machine Head, Korn and Slipknot played key roles in this movement. The movement breathed in a new life to Nu-metal, which was oversaturated during this period. The movement also provided a new aggression to other metal genres such as progressive metal, death metal, progressive rock, metalcore, emo, screamo, alternative metal, groove metal, hardcore, electronic rock and Christian metalcore.

In US, there are still millions of diehard metal fans (metal heads) who always wait for release of latest metal music albums. 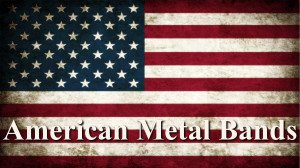 3. Metallica The popular heavy metal band based in Los Angeles, USA was founded in 1981. Metallica has won many awards in different categories such as Best metal performance, Best music video, Best artists, Best album, Best band and others. Some of the awards are mentioned below:

4. Slayer Guitarists Kerry King and Jeff Hanneman founded the Thrash metal band in 1981in Huntington Park, California. Slayer won many awards; some of them are mentioned below: ‘Eyes of the Insane’ – Best Metal Performance (2007) ‘Final Six’ – Best Metal Performance (2008) ‘Slayer’- Kerrang! Legend (2013) ‘War at the Warfield’ -DVD of the Year (2003)

9. System of a Down (SOAD): The American rock band from Southern California was founded in 1994. ‘System of a Down’ received nominations for four Grammy Awards, and won the Best Hard Rock Performance (Grammy Awards 2006) for the song “B.Y.O.B.”

10. Eternal Legacy (Parma, Ohio, USA): The band founded in 2002 started as progressive power metal and but soon switched on to Hybrid sound by incorporating some Thrash metal elements.

american metal bands metal metal music USA
This entry was posted on Monday, November 24th, 2014 at 9:06 am and is filed under Blog. You can follow any responses to this entry through the RSS 2.0 feed. You can leave a response, or trackback from your own site.